We use cookies to make your experience better. To comply with the new e-Privacy directive, we need to ask for your consent to set the cookies. Learn more

In recent months, various articles have appeared in pigeon magazines about vaccinating the pigeons. I too have made a number of comments about it. However, what strikes me is that the opinions of the various pigeon doctors are quite far apart on various points. There are doctors who argue for living vaccines, while others say that dead vaccines should be used. 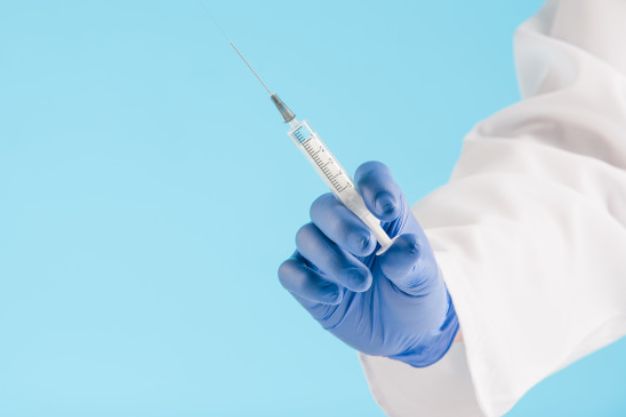 There are reports that only your own vaccine is good and the rest would not work sufficiently. Those are quite bold statements of course.

Then there are doctors who propose combinations of vaccines, whether or not in a syringe, while other doctors say that we should never give two vaccinations at the same time.


In short
In short, the opinions go from all directions, it seems. A pigeon fancier could become less redshank. My mailbox has regularly filled up, in recent weeks, about how and why and with what to vaccinate or not to vaccinate. A good time, to sort things out and provide some clarity. I will try to mention practical experience coupled with transparency, so that the pigeon fancier can decide for himself what is good for him.

Live versus dead vaccine.
The new generation of injection fluids that are now being tested on humans to combat the Coronavirus, will be left out of consideration here, because the vaccines for pigeons are the usual vaccines and not experimental mRNA vaccines.

Whether it is best to use living or dead vaccine depends on the circumstances and cannot always be answered with yes or no.
If we now look at the various vaccines that are available for certain diseases, there are pigeon-specific vaccines, but also vaccines from other animal species that are used in pigeons, where it is hoped that cross-immunity will occur. This means that the vaccine from another animal species also offers protection to the pigeon. Examples are some vaccines against the Paramyxovirus, but also the vaccine against the Circovirus used in pigs. 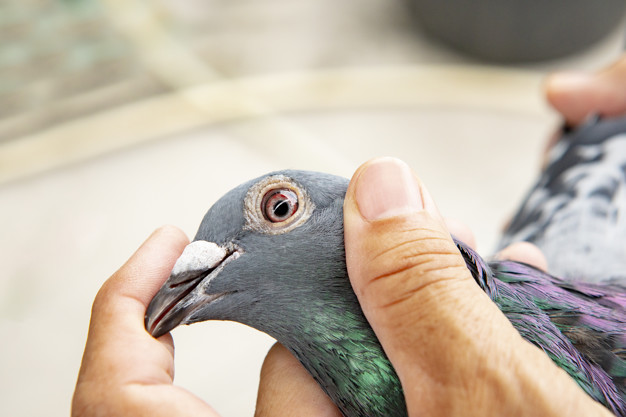 Circovirus.
It turns out that many enthusiasts are unaware of this virus. It occurs in Europe from about 2000. It is a virus that settles in the immune cells of the body and can therefore reduce the pigeons' ability to resist disease. All kinds of symptoms can occur, the question of which is whether they are caused by other infections that are enabled by the infection with the Circovirus to develop, or by the virus itself. After all, there are many symptomless carriers of this virus. The severity of the infection is related to the age at which the pigeons become infected. The younger they are, the more annoying the consequences can be. Up to death. But even at a somewhat later age, this can result in pigeons that are very sensitive to all kinds of infections that they would do little or nothing under normal circumstances.

If this virus affects the pigeons before the vaccination against, for example, the Rotavirus or Paramyxo is carried out, the response to these vaccinations is often poor. This virus is more widespread than many people think. Under normal circumstances without stress, this need not or hardly lead to clinical symptoms. This leads some pigeon doctors to conclude that this infection would not be so important. However, I lean more towards the opinion of a sympathetic colleague, who recently wrote an article about this in a magazine. This colleague claims that the vaccine of the pigs in the pigeons leads to protection for the pigeons. I think that further research is needed to gain more knowledge about this. However, I hear from various enthusiasts that since they use this vaccination they have little or no problems with diseases in the youngsters. The losses in the youngsters would also be less.

We vaccinated pigeons twice against this disease, but afterwards found this virus in the dung of these pigeons. That made us a little skeptical about its efficacy. Still, the voices of alleged efficacy are getting louder. I will also vaccinate my own youngsters with this, this year, and then monitor the course of the detectability in the intestines. Old pigeons have little or no problems with this virus. The problems therefore mainly occur in pigeons with a not yet fully developed immune system.


Rota- and paramyxovirus.
A combination vaccine against Rota and paramyxo infections has been in use for more than two years. Practice has shown that this vaccine does its job very well. Almost everyone who uses this vaccine properly (2 x vaccinations with three weeks in between), reports that the JDZ no longer occurs. I already mentioned in previous newsletters that a German colleague has shown that this is the real cause of the "Coli" for almost twenty years. A combination of the Adenovirus with an E. Coli bacterium often played an important role in this.

In an outbreak of the JDZ two years ago, we had almost all samples that were presented in the clinic examined for viruses present. Invariably, Rotavirus or Rotavirus with Circovirus came out. Only in a few cases was the Adenovirus detected and the E. Coli was not to be seen in any field or road. I therefore agree with many of this German colleague that the Rotavirus played a very important role in the creation of the JDZ.

Paramyxo-Herpes- (Adeno).
A combination of Paramyxo and Herpes, with or without Adeno, is also available from the same company as the Rota-paramyxo. I also give this vaccine to my own (young) pigeons, especially because of the Herpes component.

Although there are some colleagues who are of many that this vaccination does not work, over the years I have received feedback from many fanciers that they suffer less from respiratory infections in the youngsters. However, one should not be under the illusion that a single inoculation against this virus is effective for life. First of all, there will have to be double vaccination for the first time and then the vaccination in the loft will be kept annually. In this way we see dormant Herpes infections that can be tacitly present in the lofts for years and therefore depress performance. Slowly decreasing, so that the performance of the enthusiasts will show an upward trend again. But it mainly a longer breath process. If you intend to give this vaccination only once, then I advise you to keep your money in your pocket, because then it will not work as you expect. For problem lofts it can contribute to reducing the problems.

Smallpox.
In recent years we have seen smallpox in the pigeons every year. In the past, when the Ovoperisterin® vaccine was still available, we saw a larger outbreak of smallpox every five years. Most fanciers then vaccinated again for one or two years, so that there was again a general inoculation blanket that protected the pigeons well. The vaccination was then often omitted, after which a major outbreak occurred after two to three years and everyone started the vaccination again.

Smallpox vaccine is a living vaccine. The pigeons can be smeared the vaccine on the chest or leg with a brush, after having pulled out a few feathers, or the vaccine can be sprayed under the skin in the neck. I don't see any difference in effectiveness.


Paratyphoid
It remains a hot topic. Should the pigeons be vaccinated or not against this. If one plays in a club where this disease occurs frequently, then I say yes. I also say that if you have an outbreak of the disease yourself. Then it can form part of the plan of action to combat this disease in the loft. The illusion that this disease can only be controlled with an antibiotic treatment is really a thing of the past. An approach, with cures, vaccinations and, for example, a natural remedy such as PreviSal can ensure that you can slowly crawl out of the valley. Regular preventive treatments against paratyphoid, on the other hand, can cause you further problems.

Here, too, live and dead vaccines are available. The living vaccines are far from my preference. The dead vaccines cause many more grafting problems afterwards. Grafting nodules, drooping pigeons to pigeons that slowly wither away. I therefore do not recommend this current dead vaccine. Unfortunately, the days of the effective vaccine Zoosal T seem to be numbered. Rumors are getting louder that he is leaving the market. Then we will have to look for another mild live paratyphoid vaccine.

So there are various vaccines available to prevent diseases. In practice, most vaccines are therefore satisfactory. I myself inoculate my own pigeons with RP = Rotaparamyxo (2x) and PHA = Paramyxo Herpes and Adeno (2x). I am very satisfied with this. But as I often say… "There are more roads that lead to Rome". 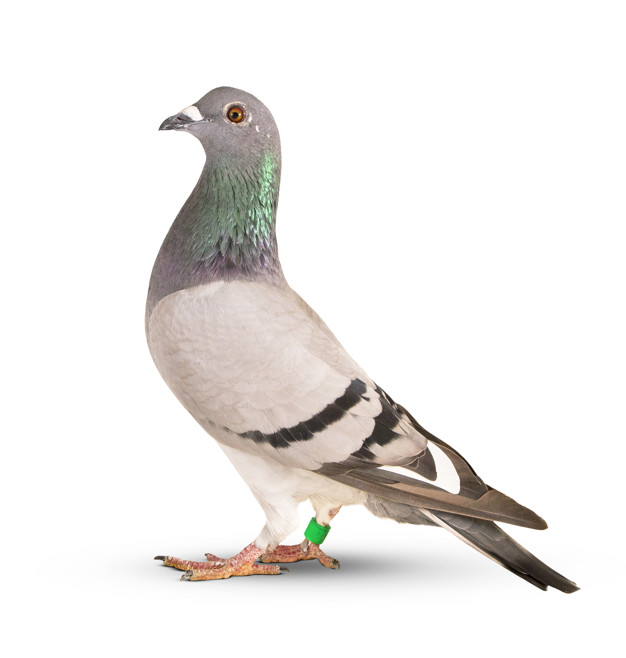